On Ethics of Genetic Extermination 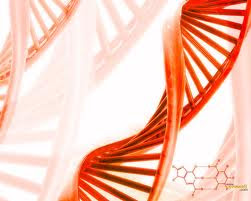 This is the second hour of 2013 and I am reading a blog post on talkingphilosophy.com. It talks about the ethics of genetic extermination.

I am not interested in whether we should genetically modify species to exterminate them or not. I am rather interested in, as usual, the line of reasoning.

The writer argued that it can be justified with utilitarian approach, saying that


I am personally fine with mosquitoes being exterminated. But there is a problem on using utilitarian reasoning. Many people use utilitarian reasoning because it is appealing, effective and, most of all, profitable for the human race as a whole. But, with great power, comes great responsibility. It is not a tool for everyone. It is to be handled with care.

People usually, even in everyday life, says "it does more good than harm" or something like that. One thing to notice is that, to use utilitarian reasoning, the crucial thing is the unit of analysis. Utilitarianism basically compares two or more options and chooses the one which will maximize the happiness. In comparing the choices, we need a certain unit of analysis. On which are we basing on and decide which will do more good than harm? For example, imagine the entertainment that throws people into tigers' cage and look at them how they try to escape or get eaten. Can we argue that the collective ecstasy of the spectators are greater than the suffering of people thrown into cages? How do we measure the amount of happiness?

We can look at the quote. What kind of things are we looking at when comparing the benefits of killing mosquitoes and their ecological importance? There is no specific indicator on deciding which one is better. Therefore, simply saying that killing mosquitoes will do more good than harm is invalid. It is jumping to conclusion.

This kind of reasoning can be seen anywhere. Especially in the community which lacks the knowledge about the importance of the requirement of proper premises to make a conclusion, which is necessary in making a right decision.

Email ThisBlogThis!Share to TwitterShare to FacebookShare to Pinterest
Category - philosophy

Life is an endless repetition of the present.
I record the past,
imagine the future
gaze at the present,
just to wake up
from a dream called reality.