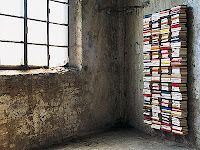 Email ThisBlogThis!Share to TwitterShare to FacebookShare to Pinterest
Category - thoughts

Long Hard Road Out of Hell

I have always been a huge fan of Marilyn Manson. I loved his music, performance, writings, appearance, well, everything. I admired him and in the same level as Hitler, Mao, and even Nietzsche and Karl Marx. Because he is the only individual of our age who is so powerful and strong. I was heavily influenced by him since I was a kid. Actually, my interest in philosophy, religion, fame, and freedom started with listening to him. His lyrics struck me in the head. I admired him, appreciated him. It is normal for me to have interest in the life of a man who I admire.

Through the reading of his book, I became to understand him more than ever. His ideas, his life, his experiences, his philosophy, I can see them clearly in his book. His life is a story of a worm, who is scared and abused, struggle his way up to get wings and became a hero, Antichrist.
Read More
at 12:31 PM 1 comment:

It's been a long time since i update this blog. The reason is I simply don't have any inspiration these days. (or maybe I'm not trying to write) Just as in my last short-story, my life-course is repeated with same schedule everyday and then I'm lost. Still, there are some drafts which are just some paragraphs or comments. Here is one of these, a review I wrote on Goodreads.com, which maybe my last straw to regain my inspiration. I hope I can update again one or twice per week.

P.S. I will try to avoid sophisticated tone in my later submissions and try to act like just another blogger ;D 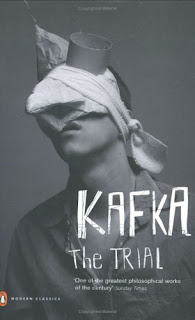 Kafka's another attempt to make fun of living a life. This time with the Trial. One morning, you are accused with unknown crime and live your life as a criminal, everyday is the trial. You can't do anything to defend. You can't run, you can't hide. You desperately search for help but that, too, is hopeless. The Law is above everything. (Heavenly law?) Later, you will realize that you can't do anything to it and finally wait for the judgement, and accept it. That is Kafka's version of life.

In this story, Kafka's symbolism is impressive. It reflects on religion, life, law, even political status of Germany in his era. The young has lost hope, the court is unreliable, the court officials are the worst of all. I'm afraid it, too, reflects the current state of Burma today.

Life is an endless repetition of the present.
I record the past,
imagine the future
gaze at the present,
just to wake up
from a dream called reality.